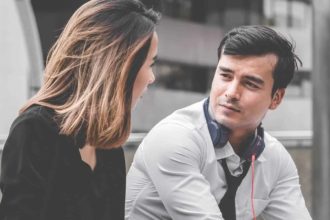 How To Start A Conversation With A Guy (5 Great steps) 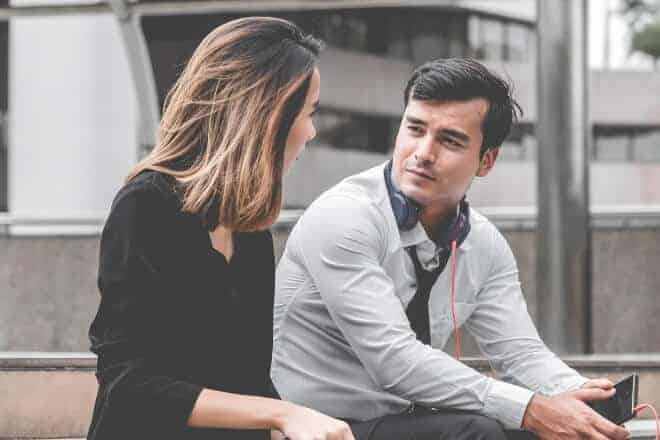 Learning how to start a conversation with a guy is a valuable skill that's bound to help your social life, not to mention your romantic endeavors. At the same time, chatting up your crush can be frightening, to say the least.

Overcoming that extremely common fear is the first and most important step as you learn how to flirt with a guy. After all, when it comes to knowing how to get a boyfriend, confidence plays a huge role.

Why Is Knowing How To Start A Conversation With A Guy So Important?

Maybe you're asking yourself, should I text him? Maybe you walk past him everyday and just don't know what to say. It happens to the best of us!

The problem is that, all too often, what could have been a beautiful relationship turns into a missed opportunity because someone was too scared to initiate that first conversation. Knowing how to start a conversation with a guy is the key to turning your dreams into reality.

Besides improving your chances of landing the perfect prince, knowing how to start a conversation with a guy is just a valuable skill to have in your social repertoire. Once you're comfortable chatting with guys, flirting is just a natural next step! Look at it as practice for when you really want to make that big move.

How to Start a Conversation With a Guy

So you want to know how to start a conversation with a guy. Congratulations, you've already taken the most important step: realizing that there's nothing wrong with making the first move! The days of expecting the guy to approach you are over. Sometimes, if you want something, you have to be proactive.

Now, every single person on this planet is unique. So, what works for one person may not necessarily work for you. That said, you should be able to take these steps and apply them to your situation as you see fit.

Just remember that there's no magical spell you can utter to make him fall in love with you. Try not to get too discouraged if the conversation doesn't go exactly as you planned. The first time can be nerve-racking, and at times, disastrous, and that's okay! If nothing else, every conversation you start is a learning experience.

1. Stop Overthinking Too Much

This is a tricky one because your brain is going to visualize how the conversation could possibly go whether you like it or not, but your goal is to try to keep the interaction as natural as possible. Try not to over-analyze the conversation before, during, or after.

That means you don't need to memorize lines word-for-word. Sure, it helps to have an idea of what you want to say and talk about, but it's impossible to know how he's going to respond, so don't try to anticipate it too much.

So, test the waters a bit and then dive in! Does he look like he's into music? Ask him about his favorite band. Are you in the same class? Ask about homework.

Try to find something that you share in common and then just bring up. Easier said than done, I know, but you might be surprised at how easily the conversation flows once it gets started.

Not sure what the two of you have in common? There's at least one thing: the environment you're sharing. Is he a barista at your favorite coffee shop? Ask about his favorite drink. Are you at the movie theater? Ask what he's seeing.

The great thing about this approach is that he's going to know that you're interested in him. After all, most people don't just randomly approach someone and start up some small talk.

Subtlety can go a long way when it comes to knowing how to start a conversation with a guy, especially if you want to flirt. "Aren't these flowers beautiful?" is a perfectly reasonable question. But, when you're asking him out of nowhere, it takes on a much more flirtatious vibe. He knows you don't really care about the flowers. It's like saying, "Hi, I want to talk to you," without actually using those words.

Luck favors the bold! Sometimes, the best approach is just to be direct. Yes, it's terrifying, but the results can be powerful.

If you're crushing on a guy, and you tell him so, 99.9% of the time he's going to be thrilled, even if he's not looking for a girlfriend.

So, the most common worst-case scenario is that he blushes and smiles a bit a bit, but says he's not romantically available. That's not so bad, right?

If he's a jerk about it, which is unlikely, you're better off without him anyways. It's a win-win!

There's comfort in companionship. A little moral support goes a long way when it comes to chatting up boys. If you're scared to go on this mission alone, ask a friend to be your wing-person.

Now, you have some options here. Do you have a platonic guy friend who knows your crush? That's an easy in—just be "accidentally" hanging out with him when you run into your crush, and let him do the work for you! The downside is that your crush might assume he's your boyfriend, so this move can be risky.

Having a girlfriend by your side is another option. Any guy is going to be a little intimidated (in a good way) when being approached by two ladies, so you already have the upper hand right from the start. If she's single, just make sure she knows that you already called dibs!

Before you make the big move, it helps to have a few questions to ask a guy you like in mind. Just make sure they make sense for your current situation. You don't want to ask about his weekend plans on a Monday!

"Are you single?" Direct and to the point. Let him know you're interested right off the bat.

"Are you friends with so-and-so?" Even if you don't actually have any mutual friends, this question gives you an excuse to approach him. "Oh, you don't know him? I could have sworn I recognized you!"

"How's your day going?" It's simple and pleasant. This question gives him plenty of room to talk about whatever is on his mind at the moment.

More Great Ways to Get the Guy

The art of flirting takes time and practice. Knowing how to start a conversation with a guy is a huge step, but it's not the only one. Follow these other handy guides to become a master of romance:

Want to know a secret? Most people don't really know how to start a conversation with a guy or girl. They just go for it!

If you're struggling to learn how to flirt with a guy, it's probably because you just haven't done it enough it yet. The first few (hundred) times are sure to be awkward, but that's okay. Some of the best relationships started off with a stumble.

The trick is to remember that he's a human being just like you. If you're nervous, he is too, no matter how good he may be at hiding it. In fact, he might have been wishing you would come talk to him simply because he's too nervous to approach you. It goes both ways.

The truth is that starting a conversation with anyone is tough, let alone your crush. And, unfortunately, sometimes things just don't go according to plan. The good news is that there is an entire planet full of great guys who would love to meet you.

If the first attempt is a disaster, don't dwell on it. Just the very act of approaching your crush is a massive leap forward that you should be proud of. Now, do it again. And again. Each conversation is a chance to learn, and eventually, your confidence will grow.

Start with some casual chit-chat, and go from there. And, finally, don't forget to smile and have fun with it! Meeting new people is one of life's greatest gifts. 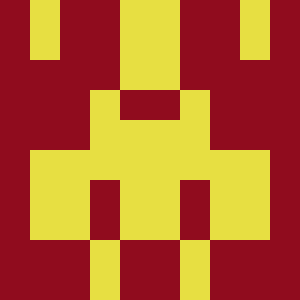 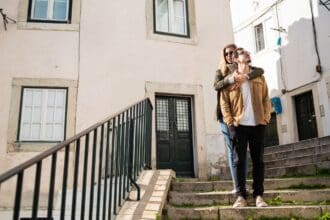 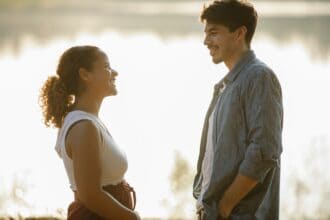 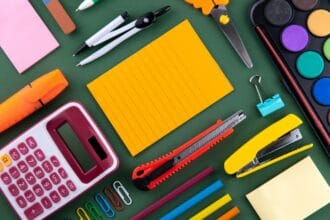 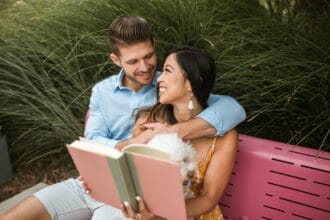 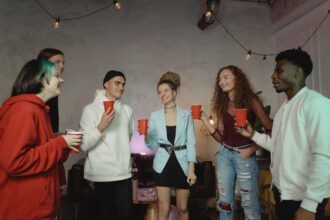 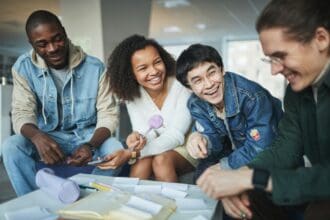